Home About Management Team Board of Directors

The Board of Directors have the task of ensuring CRAM pursues its Mission by adhering to recognised governance, risk and financial management principles that underpin strategic growth objectives. The Directors on the Board are all volunteers and represent a range of skills and experience suited to the governance of the organisation.

There are two sub-committees of the Board; the Audit and Risk committee and the HR and Remuneration  committee, and an advisory committee, the Practices Review Committee 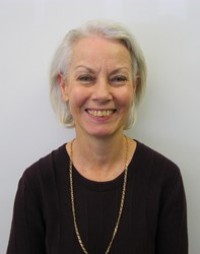 Linda joined the Board in 2009 and in 2016 took on the role of Deputy Chair with the view of becoming Chair from 2018. A lawyer specialising in Family Law, Linda is a partner of her law firm based in Wollongong. Linda has been on the management committee of the Illawarra Legal Centre for 23 years, is a Past President of the Wollongong and District Law Society and is involved with the Executive Committee of the Collaborative Family Lawyers Illawarra and Shoalhaven, as well as having held positions on two school P & C committees. Linda is the Chair of Cram’s Practice Review committee. Melinda joined the Board in 2014 and brings a background in nursing and public health. Melinda has a PhD in Public Health and is currently employed in the not-for-profit sector. Melinda is a Member of the Illawarra Shoalhaven Practice Research Network Strategic Advisory Group and is a Graduate Member of the Australian Institute of Company Directors. Melinda is a member of Cram’s Practice Review committee and became Deputy Chair in December 2017. Patrick joined the Board in 2000 and became Chair shortly afterwards. He was awarded an OAM in 2017 for services to the community including disability sector and Rotary, where he was a Past District Governor. Patrick retired from the workforce following a career in the banking industry where he held senior roles in Communications, Chief Manager Investment Advisory Services and Regional Manager Banking.  Patrick is a member of Cram’s HR & Remuneration and the Risk and Audit committees.

Patrick stood down as Chair in December 2017 and remains on the Board as a Director.

Dale joined the Board in 2015 and brings with him expertise in financial management and quality governance. Dale is currently the Deputy CEO of a not-for-profit organisation, is a Graduate Member of the Australian Institute of Company Directors and of CPA Australia. Dale’s community roles include on the Board of WEA Illawarra and various past roles chairing community events with the Cancer Council, including 3 years Illawarra Relay for Life. 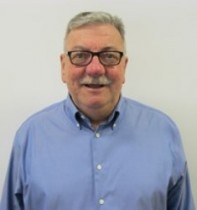 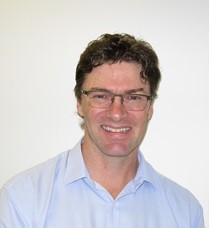 Richard joined the Board in December 2017 and brings with him a wealth of experience in human resources and industrial relations across a number of industries. Richard is currently the Head of People & Culture Operations for a large aged care and seniors living organisation (IRT Group) and is also a member of the University of Wollongong HRM Advisory committee. Richard has previously been a director on the board of IRT and he is the Chair of the HR and Remuneration committee. Jessica joined the Board in 2018 and brings a background in strategy, communications and governance having worked across education, finance, health and government sectors from local start-ups to national and international ASX listed companies. She is a Board Director of Regional Development Australia Illawarra and is currently employed by NSW Health. Jessica has an Executive Master of Business Administration from Sydney Business School and is a Member of the Australian Institute of Company Directors. Jessica is a member of Cram’s Practice Review Committee.

How can Cram help you?